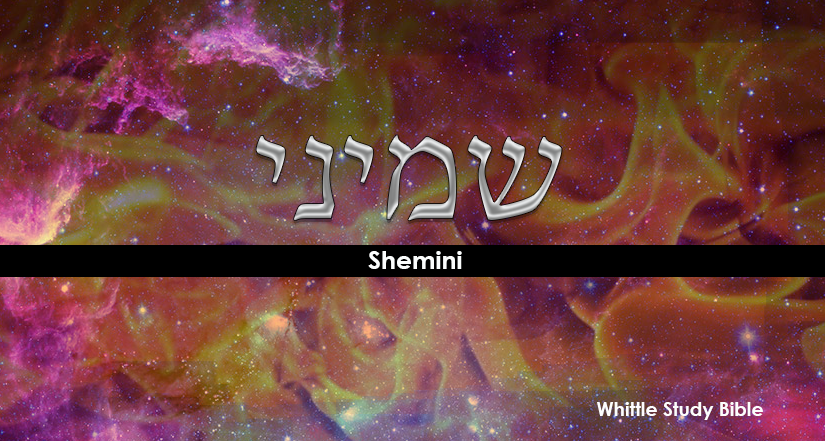 Shemini שְּׁמִינִי is the twenty-sixth portion in the annual reading and the third in Leviticus (Vayikra) וַיִּקְרָא . Shemini is translated as “eighth”; it’s the third word in the text.

For about a half of year, Israel as a whole, were constructing the tabernacle (mishkan).  In parsha Shemini, we pickup after the seven days of installing the priesthood; it is now the eight day.  Therefore, it is time for Aaron and his sons to inaugurate the first service. We see the first offerings given. Then tragedy hits, Nadav and Avihu is struck down for offering an inappropriate gift. The next events deals with this issue and finishing and complete  the “sin” offering.  The remainder section is dealing with the laws of animals that may be consumed by the children of Israel.