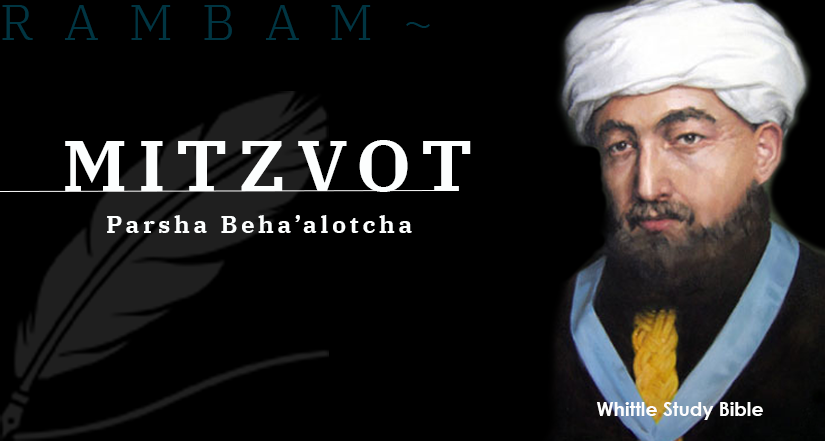 The 5 Mitzvot in Parsha Beha’alotcha

Rambam and others have created lists of the 613 mitzvot (commandments) of the Torah. The mitzvot are scattered throughout the Torah. There are five of them in parsha Beha’alotcha.

This is another one of those things I really wanted to have a compiled list. I will begin here because, “why not?” I will include the Scripture, English translation,  whither it’s positive or negative, the number it is on the list and other small details I can quickly find about them.

Before we jump into the list, I must explain …