Paul Inside of Judaism Pt. 5 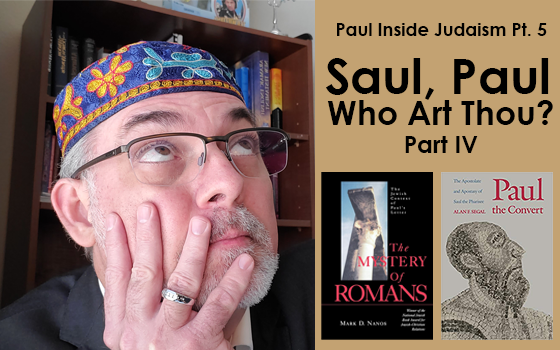 Show Summary: This is the fifth Facebook livestream held on the “Hebraic Study of Romans” page. We continue discussing “Paul Inside of Judaism Pt. 5: Saul, Paul who art thou? IV”.

First, we begin with a brief review of the last two weeks to set the tone for this episode. Afterwards, we discuss Alan F. Segal’s description of Paul. Following this we use Mark Nanos’ “Reading Corinthians and Philippians within Judaism” to revisit 1 Corinthians 9:13-23. We discover his answer to the often-asked question about Paul’s lifestyle among the Jews and Gentiles. Like all episodes, we conclude with some housekeeping stuff.

Paul Inside of Judaism Pt. 4 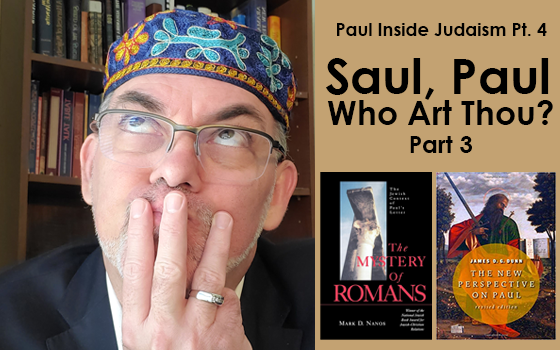 Show Summary: This is the fourth Facebook livestream held on the “Hebraic Study of Romans” page. We continue discussing “Paul Inside of Judaism Pt.4: Saul, Paul who art thou? III”.

First, we begin with a brief review of the last weeks’ episode where we discussed Paul’s “conversion”. Afterwards, we look at his zeal. We discover how James Dunn connects it to Phinehas and several other people inside and outside the Scriptures. Then we briefly discuss Paul’s connection to the Major Prophets. Using Galatians 1:13-16, we see into the mind of Paul and perhaps see whom he thinks he is connected to. This episode ends with some housekeeping stuff.

Paul Inside of Judaism Pt. 3 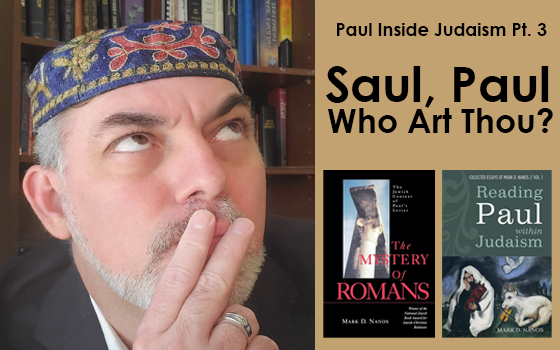 Show Summary: In the third Facebook livestream for the “A Hebraic Study of Romans” we are discussing “Paul Inside of Judaism Pt. 3 : Saul, Paul who art thou? II” After a brief review of last week we discuss the conflict that I am having with Paul. I explain my original intent on the title and how that changed as i was preparing for this week. The real questions are: (1) Who was Paul? and (2) What was his agenda? Did is have a

This eposide ends with some housekeeping stuff.

Paul Inside of Judaism Pt. 2 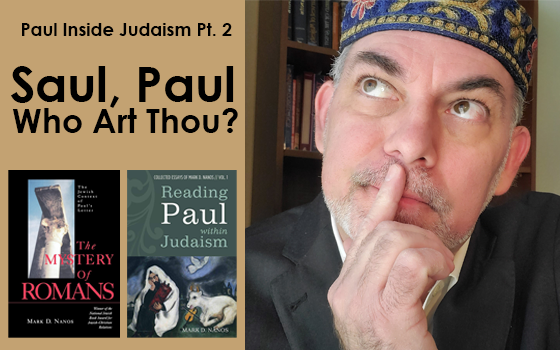 Paul Inside of Judaism Pt. 1 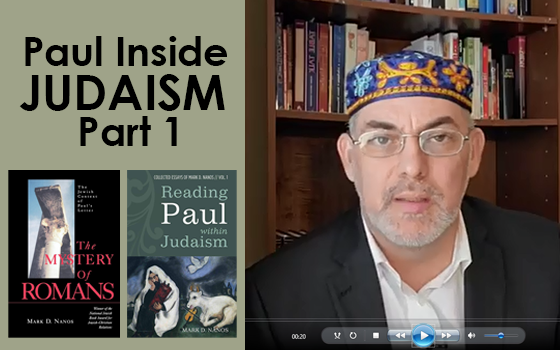 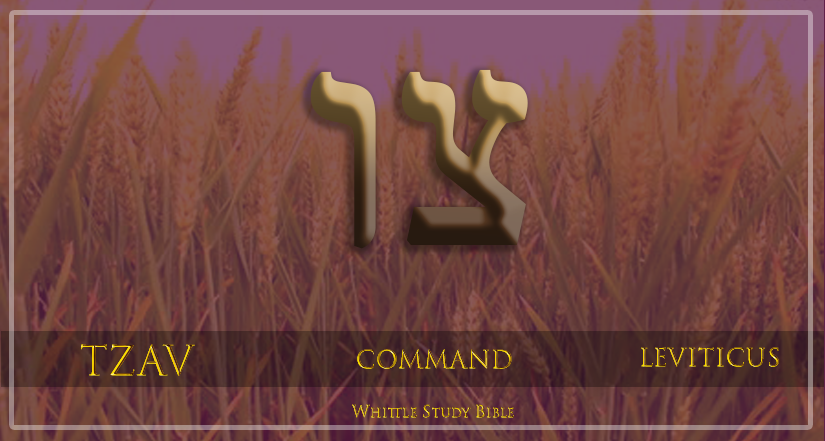 Previously, we see the instructions to the people to bring the offerings קָרְבָּן korban. In Tsav צַ֤ו, Torah turns it’s attention towards Aaron and the priesthood. We will discover their responsibilities concerning the korban services. It begins with the fire on the altars and proceeds through each of the korban. In the end, Aaron and his sons are successful in following the details of God’s commands concerning the acceptable methods of handling the korban services. 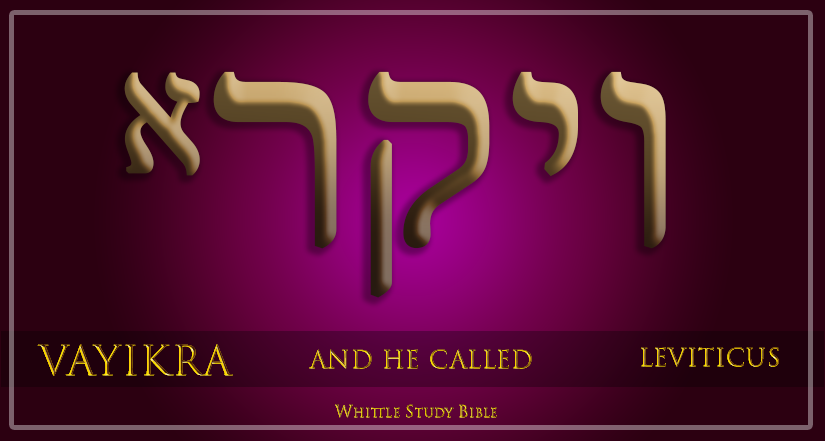 Vayikra וַיִּקְרָא is the twenty-fourth parsha reading in the yearly cycle; it is the first in the book of Leviticus (Vayikra) וַיִּקְרָא . Vayikra is translated as “and he called” and is the first word in the text.

In parsha Vayikra וַיִּקְרָא we pick up were the book of Exodus (Shemot) ends. This section of text explains the acceptable offerings and the manner of slaughter. We begin with the The burnt offering and proceed to the meal offering. We continue with the peace and “sin” offerings. Finally, we will discuss the fifth offering  which is called the guilt offering. Our final reading, deals with an offering for dishonesty. It introduces the third type of guilty offering. It reveals how monetary misappropriation is a sin towards HaShem.